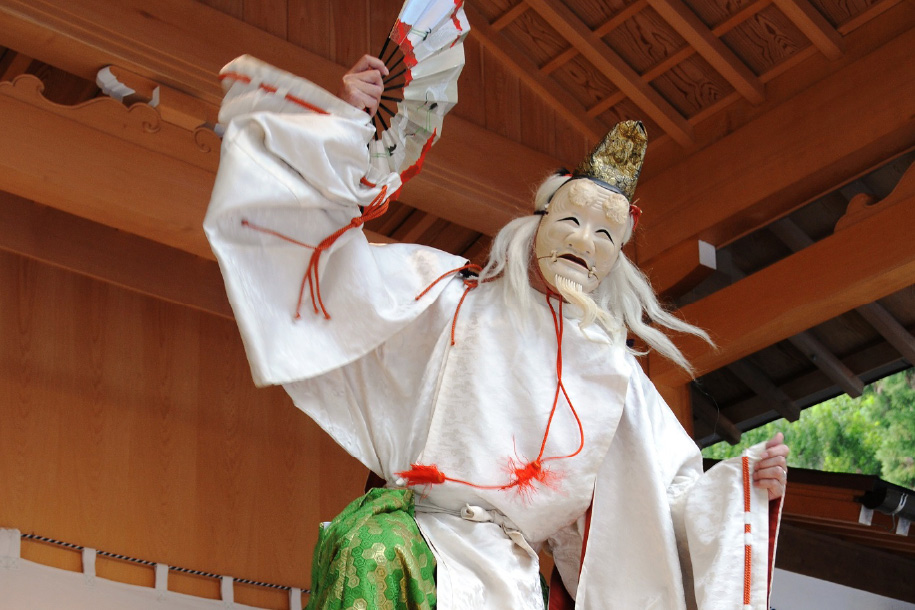 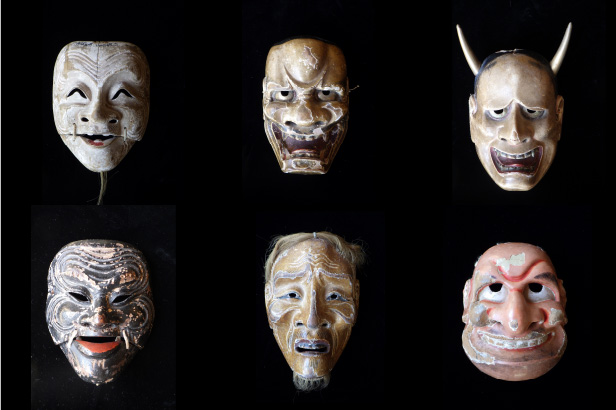 Kasuga Shrine in Seki City houses 61 Noh Kyogen masks that have been handed down through the ages, showing how Noh has been performed at rites and festivals since the Nanbokucho Period（1336～1392）. As similar masks are held by shrines in Shirotori-cho in Gujo City and Ibigawa Town in Ibi-gun, it is believed that Noh was performed at various shrines in the Mino and Hida regions. In addition, Neonogo Hakusan Shrine in Motosu City possesses a Noh Kyogen script upon which the year 1598 is written—placing it in the Azuchi-Momoyama period— at the end of the script. 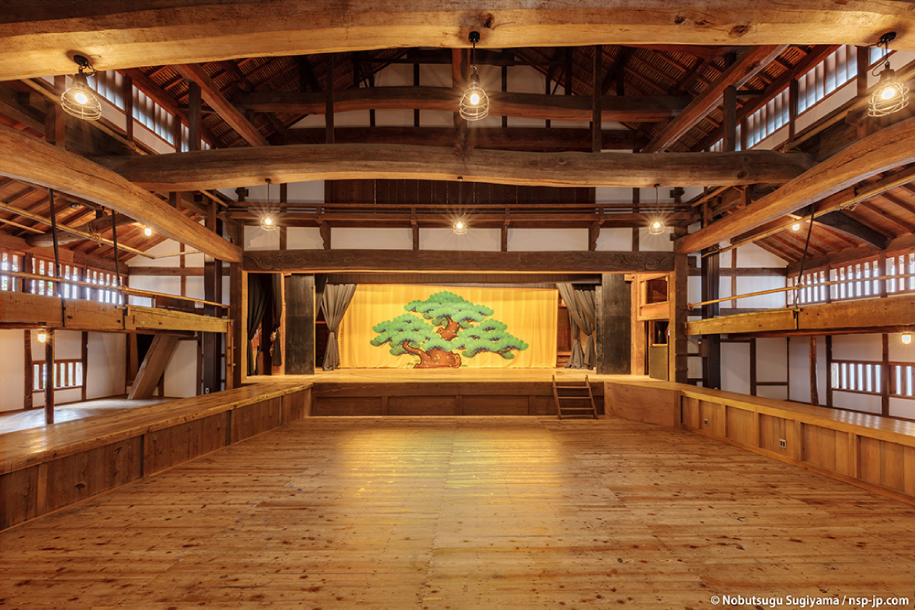 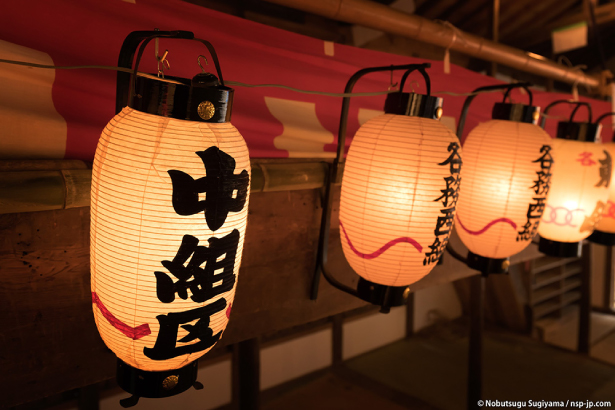 Performances of shibai plays in what is now Gifu City began in the early-mid Edo period, and records remain which tell of a playhouse that stood in front of Inaba Shrine. Furthermore, performances of "Uke-shibai" (contract plays) came to be popular across the region, from the Chuno to the Tono and Seino areas. Uke-shibai refers to plays performed by troupes traveling around the region and sponsored by a notable person in that area. Troupes invited to perform were those in the area near the more developed city of Nagoya. Although performing arts in Feudal Japan are thought to have had a stronger meaning as Shinto ritual than entertainment, people began to seek entertainment in plays as society became more peaceful with the start of the Edo period. 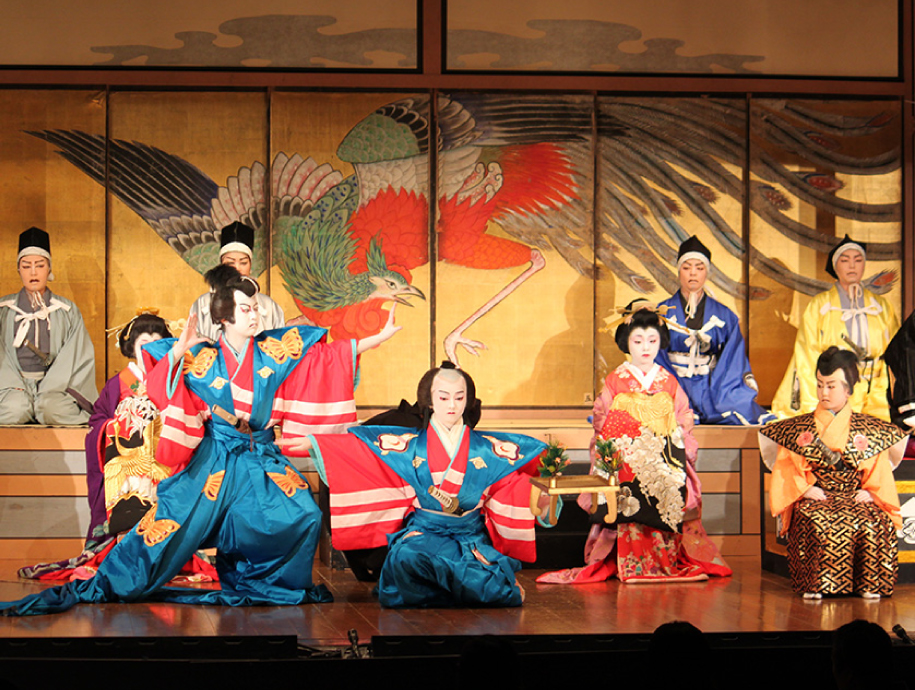 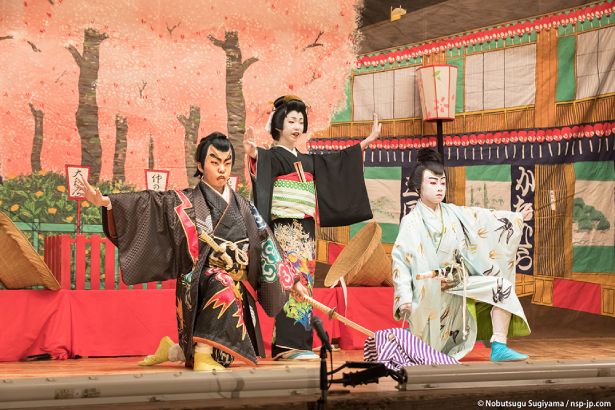 Villagers who had enjoyed Uke-shibai performances of Ayatsuri (Ningyo joruri) and Kyogen (Kabuki) eventually built their own stages and props, beginning to perform as actors themselves. This was the beginning of Ji-shibai. After beginning in the Chuno region, Ji-shibai then spread to the Tono and Seino areas in the latter half of the Edo period, and rural village stages were built in the Hida region as well.
In this way Ji-shibai had spread throughout the entire area of Gifu Prefecture by the late Edo period.

Ji-shibai Stages Come to Every Town and Village (Modern Era) 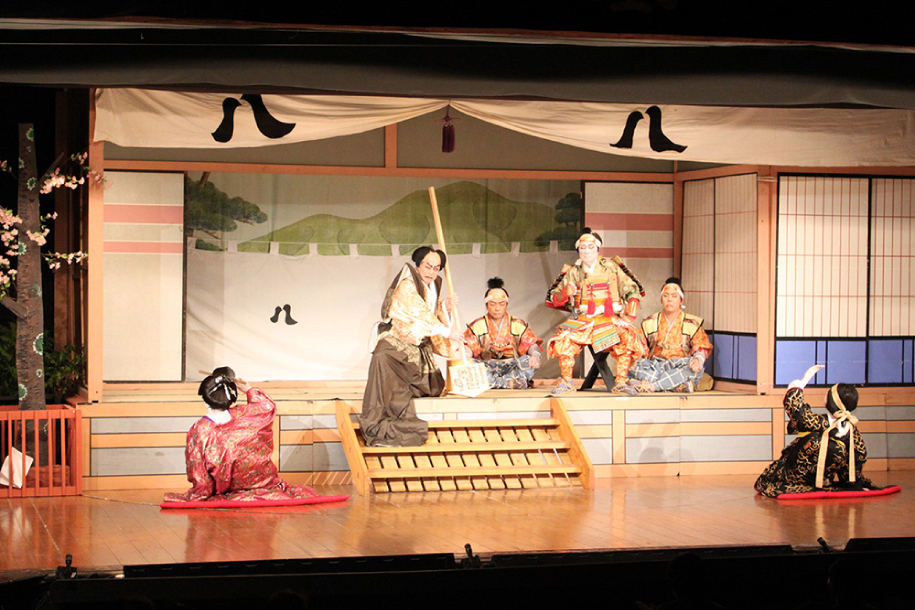 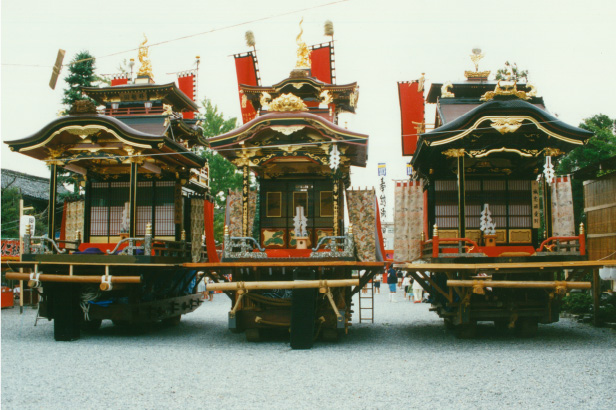 The Meiji government created in the Meiji Restoration strictly suppressed Ji-shibai, in the belief that it discouraged the desire to work and corrupted public morals. In 1886, the Gifu Nichinichi Shimbun (Gifu Daily News) published an article saying, "Ji-shibai in Tono and the fireworks in Seino are two major problems in Gifu Prefecture."
However, the area’s passion for Ji-shibai did not wane, and the plays once again grew in popularity throughout the prefecture, such that every town and village came to have either a playhouse or a meeting place that included a stage.
According to a 1971 survey, there are 264 rural stages confirmed to exist in the prefecture, the highest such figure in Japan.