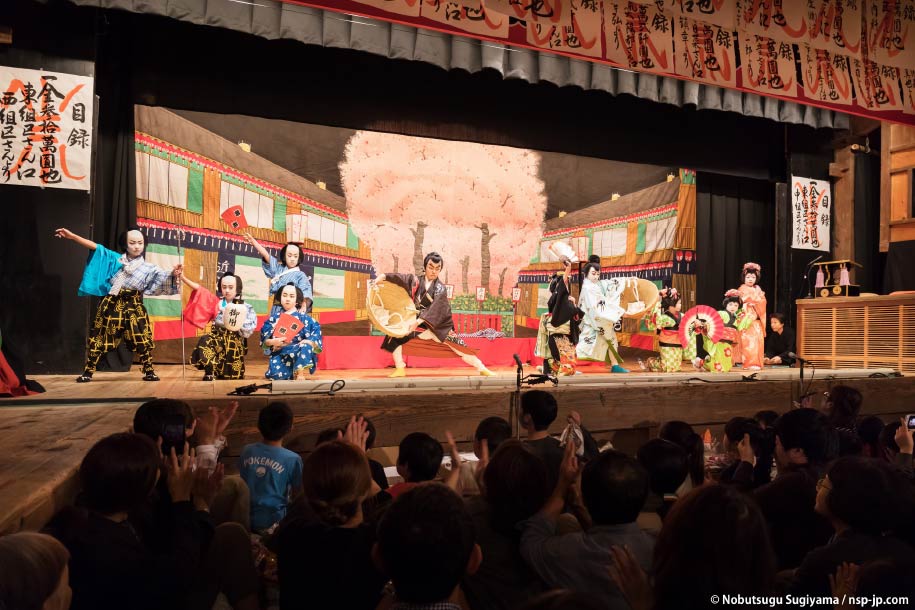 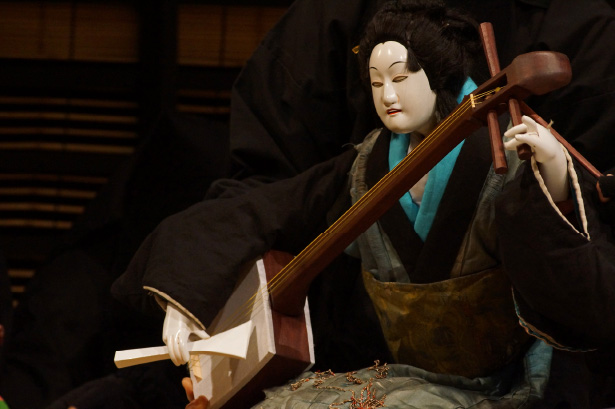 Ji-shibai is a generic term for traditional Japanese plays performed by local residents, including Kabuki, Bunraku, Noh Kyogen and Shishi-shibai. The performers not only act, but also prepare everything from stage direction and choreography, makeup, and costumes to musical instruments and stage equipment. Although non-professionals, their authentic performances move their audiences to tears and laughter. Furthermore, the audience not only watches the plays - they also actively take part through "Ōmukō"*1 and "Ohineri."*2 Created by performers and the audience together, this "home-grown" Ji-shibai has attracted many fans and has become a form of traditional culture that continues to the present day.

Ōmukō*1 … A loud, timely call to a performer during a play from the audience
Ohineri* … Gift coins wrapped in paper that are thrown to performers on the stage

Gifu Prefecture, the Land of Ji-Shibai 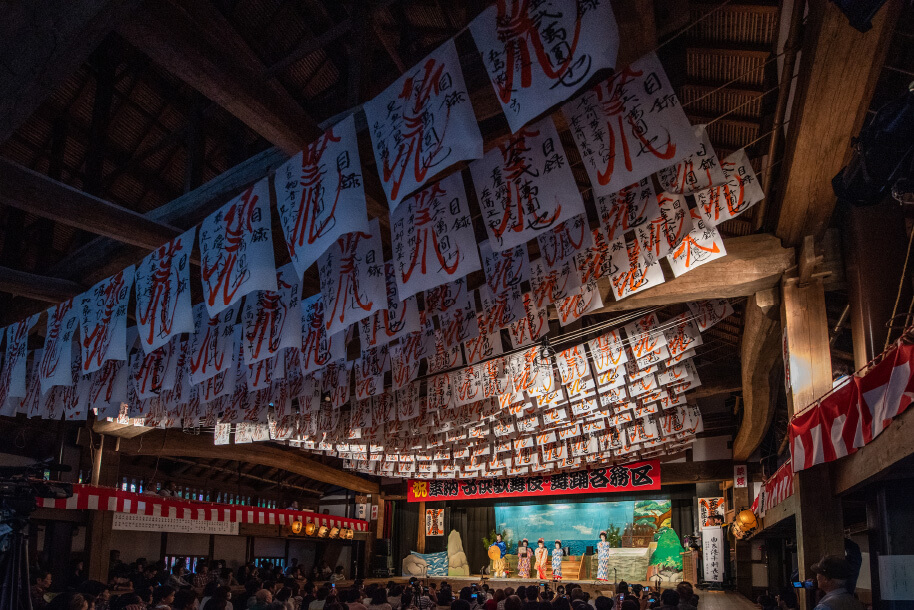 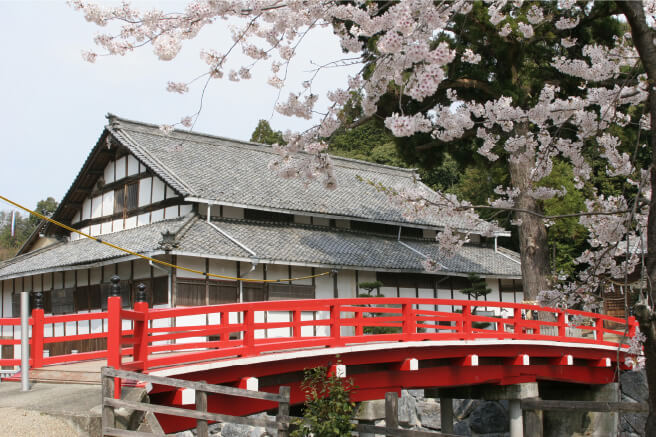 Amongst the regions of Japan, Ji-shibai particularly flourishes in Gifu Prefecture. Programs and choreography that have been passed down through the generations from the Azuchi-Momoyama and Edo periods are still performed at time-honored theaters and stages. Some programs that are no longer performed in the big theaters continue to be passed down in Gifu. Various Ji-shibai preservation groups now proudly claim membership in Gifu Prefecture’s Ji-shibai preservation councils, including 32 Ji-kabuki groups, six Ningyo joruri groups, one Noh Kyogen group, and six Shishi-shibai groups.

Origin of the Term "Ji-shibai" 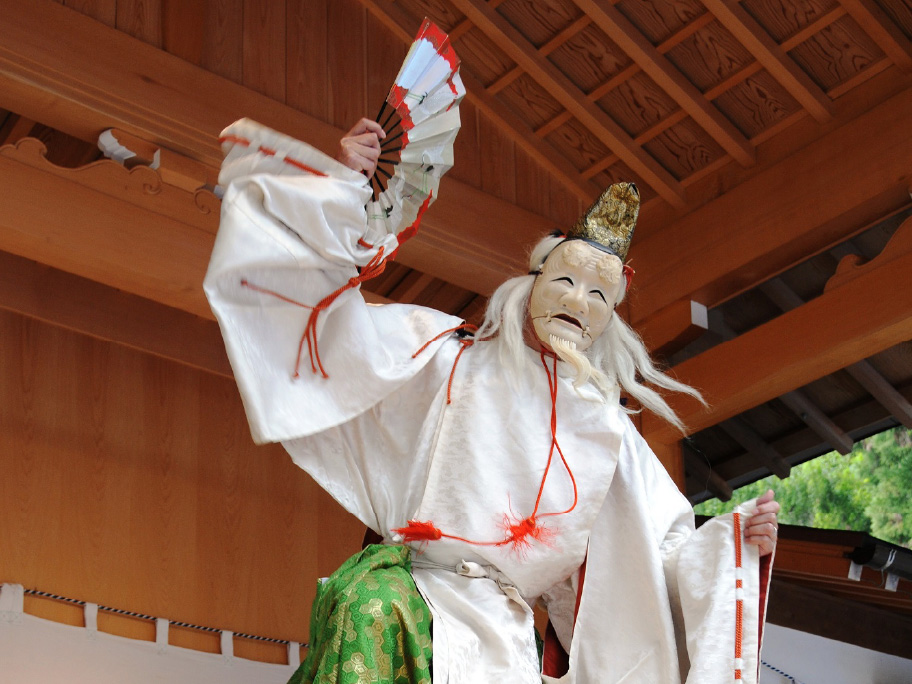 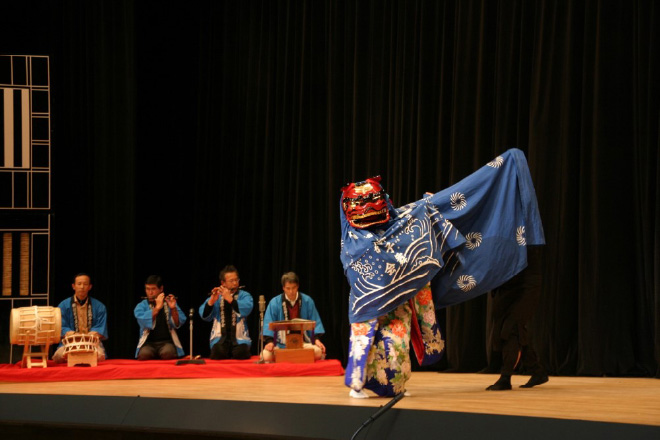 It was in the Edo period that farmers first encountered the form of theater called "Kyogen," a brief farce or comic interlude played during a Japanese Noh performance. In contrast to Noh, which consists mainly of chanting and dancing, Kyogen entertains audiences with a dramatic style that unfolds via the actors' dialogue. Since those beginnings, farmers have come to enjoy a variety of theatrical performances, and from the latter half of the 17th Century onwards, expressions including "shibai," such as "shibai wo suru" (to put on a play) and "shibai wo miru" (to watch a play), became popular as residents came to perform in plays themselves. Passed down ever since their beginnings in Gifu Prefecture, the performances put on by the local people of Kabuki, Bunraku, and Shishi-shibai, along with the Noh Kyogen from which they originated, have the prefix "ji-" (local) appended and are collectively referred to as "Ji-shibai."

In the year 1684, villagers staged an "odori kyogen" in Seta Village, Kani-gun (now Kani City), which was then under the direct control of the Edo Shogunate, making the stage sets and props themselves. Although called then "odori kyogen," this is recognized today as Ji-kabuki, featuring locals as the cast, and it is considered to have been the earliest Ji-kabuki performance in the prefecture. Today, 32 groups, mainly in the Tono area, are active members of the Gifu Ji-Kabuki Preservation and Promotion Council. 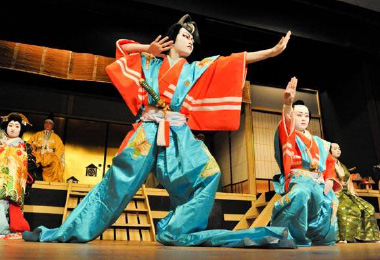 The performing art called "Bunraku" or "Ningyo joruri" was introduced to the Mino region in the early Edo period, either around the same time that Kabuki was or a little earlier. In those days, it was known as "Ayatsuri" ("manipulation" or "puppets"), and it was also referred to as "ningyo" (doll) in Motosu-gun (now Motosu City), a rare use of that name. Today, the Gifu Bunraku/Noh Preservation and Promotion Council has six member groups active in Mizunami City, Nakatsugawa City, Yoro Town, Motosu City, and Ena City. 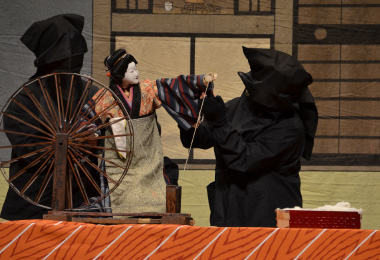 Presented at the Nogo Hakusan Shrine rites and festivals in Motosu City, Noh Kyogen is said to be a form of Kyogen that conveys an old style called Sarugaku Noh. Sixteen families known as "Sarugakushu" have passed down Noh Kyogen for generations, as communicated through the manuscript of a Kyogen book written in 1598, the oldest in the Tokai region. Even now, they continue their activities through the Nogo Noh Kyogen Preservation Council. 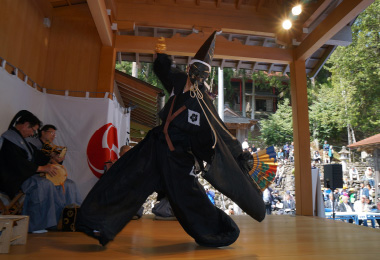 It is said that Shishi-shibai, a play in which the female main character performs kabuki wearing a lion mask, originated in the Mikawa region. It reached the Mino and Hida regions sometime from the end of the Edo period into the Meiji era, and was simply called "Shishimai," in part due to the fact that such plays were prohibited at the time. At present, six groups in Ginan Town in Hashima-gun, Gero City, Ena City, and Nakatsugawa City are active as members of the Gifu Shishi-shibai Preservation and Promotion Council. 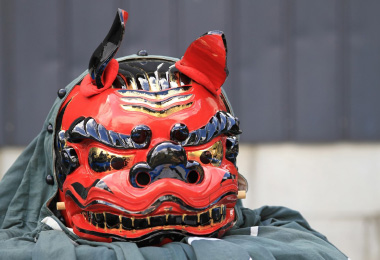